Following the lysimeter workshops organized in Germany (Munich 2006 and Munich 2008) and in Austria (2009), the 2010 issue, Key tools for studying terrestrial ecosystem responses to global change, to pollutants, and the ecological engineering has been held in Nancy (France) from 29 to 31 march 2010.

Scope of the conference 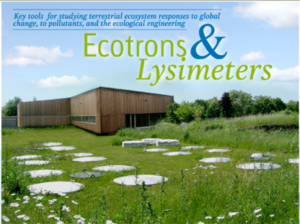 It will be co-organized by GISFI, Nancy University and Helmholtz Zentrum München. It will take place at Palais des Congres of Nancy and for one day at the GISFI field experimental site at Homecourt.

Ecotron technology, which largely uses lysimeters, has developed significantly as well as their use to study many processes at the interface between soil, plant, and atmosphere. Ecotrons and lysimeters are key tools to study terrestrial ecosystem processes at various scales, from microcosms of a few litres to macrocosms of several tons. Integrated responses of ecosystems to environmental changes, such as global change and fate of pollutants, as well as ecosystem management can be measured. The Congress will present and discuss recent research on the use of such tools at an international level concerning ecological engineering, fate of pollutants and global change as well as the needs for further developments.